There are 9 outrigger canoe clubs on Maui. All of them welcome new paddlers — especially since there are races that can only be entered by first year paddlers. So you are a valuable commodity.

Don’t be in a hurry to choose a club and don’t just choose a club because it is the closest (unless you live in Hana where the commute to another club would be a bit much.) Each club has its own personality, coaching and culture. Paddle with a few clubs preseason and feel them out to see which is a good fit with your personality and goals. Don’t pay your dues until you are sure that this is the club you want to stay with. Once you race a regatta, you are not allowed to race with another club until regattas are finished. 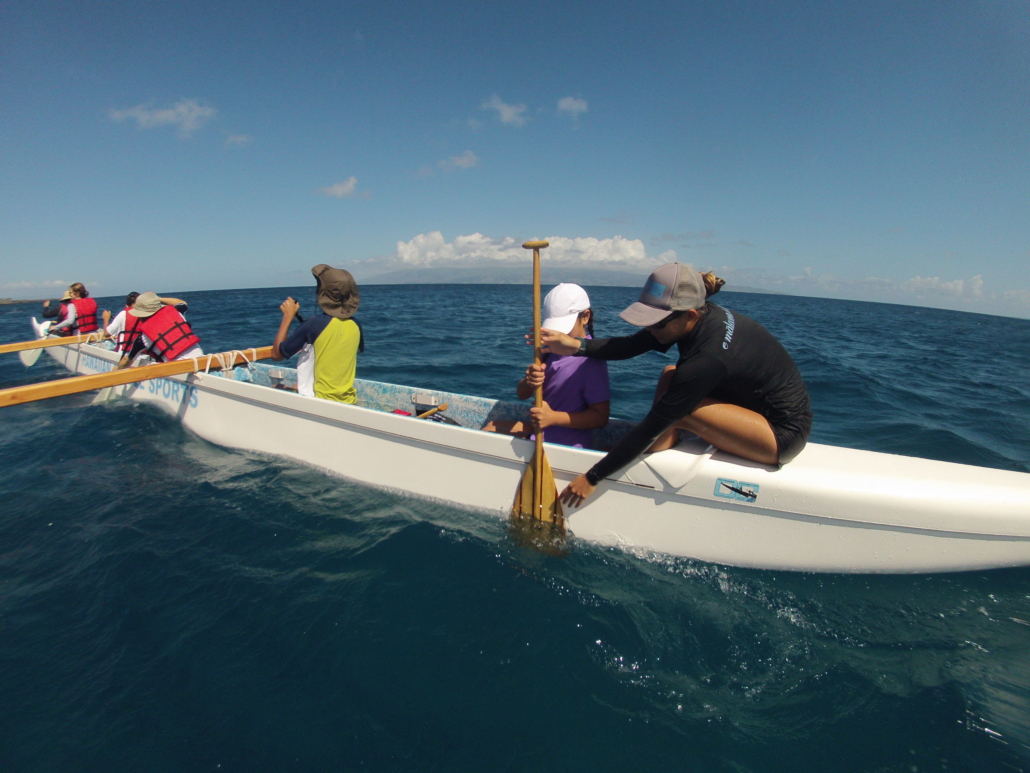 Some questions you should ask yourself and club members

All of the officers and coaches in a club are volunteers (except at Hawaiian and Kihei). A head coach can spend up to a full time job coaching during regatta season for absolutely no pay. In return for this, a paddler is expected to be cooperative, pleasant, reliable and do what the coach says without argument.

Complains about the coaching. Criticizes her teammates’ paddling technique. Puts down the rigging. Often the complainer is a person who does a lot for the club (is on the board, helps with fundraisers) but who is unconsciously saying, “See I am OK because these other people are much worse than I am”. But the complainer drives away paddlers and makes an unpleasant atmosphere.

This person is often a good or excellent paddler who is working out some serious mental problems. Get in this person’s way, or deny her (or him) what s/he wants (which is the best crew, best canoe and a gold medal) and you get attacked. The external symbol of worth (winning) is (to them) a life-and-death matter so expect to get a life-and-death fight anytime you get between them and what they want.

Comes to practice reeking of alcohol or dazed by pakalolo. Particularly scary when they are the steersman!

The Whiner tells the coach that they deserve a better crew. And inevitably the Whiner is a substandard paddler. Top paddlers are easily recognizable and coaches don’t waste them in poor crews. In fact, top paddlers can turn a last place crew into a medal crew just by being in the canoe.

After a year of paddling one learns so much, that a disorder known as Novice A Syndrome attacks even the best of people. Novice A Syndrome sufferers are a generous lot who are going to share their knowledge with everyone — even people who have been paddling for 30 years. Unfortunately, not everyone is properly grateful for their helpful advice. Hence the rule that ONLY the steersman or the coach correct a paddler and everyone else keeps their mouth shut. Most people recover from Novice A syndrome after they finish their 3rd year, leaving them embarrassed and humbler.

No Fields Found.
Scroll to top